Madame Sabine Balve is Internationally Recognized and Multiple Awarded as a Global Influencer for a Sustainable World in Peace. She is the Founder and Mastermind of the International Success Campaign World Leaders Forum Dubai and Global Tolerance Faces (2017-present).

The outreach of her campaigns had peak-times views of up to 10 million per month and was in total 100 Million times seen in 119 countries in the time between 2012 – 2014. And more than 180.000 International Members joint her causes.

As a branding expert and as a former banker and world-known product designer specializing in a wide range of commercial and public sector projects, but also in social causes for Humanity, Sustainability, and Peace!

She established Global Brandmark Recognition for many BRANDS and International Campaigns.

NOMINATION FOR PULITZER PRIZE (one of the highest honors in America)

Madame Sabine Balve is listed as one of the TOP Nr. 4 Non-Profit Legends worldwide by Author Hank Moore 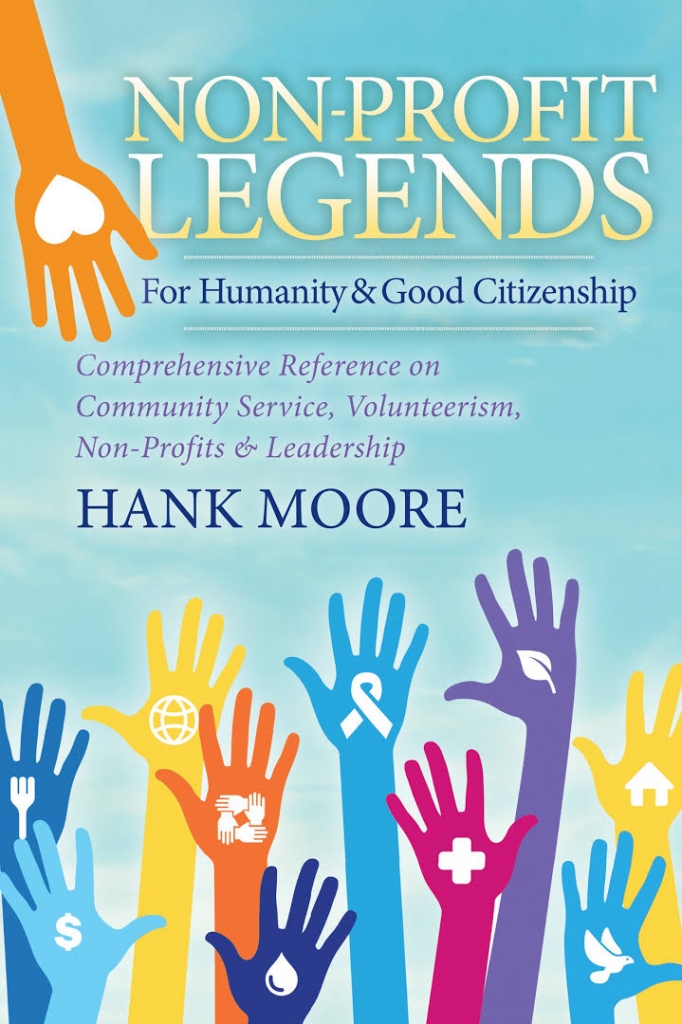 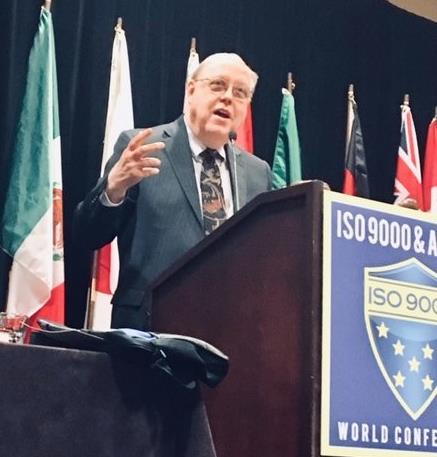 “It is a huge honour to be listed as one of the TOP Nr. 4 Non-Profit Legends by Mr Hank Moore in New York, America. This is the fourth in Hank Moore’s internationally-published Legends book series, two of which have been nominated for the PULITZER PRIZE.” – Madame Sabine Balve

ABOUT HANK MOORE, THE AUTHOR:

Hank Moore was a White House advisor to President Lyndon Johnson, serving as one of the authors of the Civil Rights Act of 1964 and the first trade-with-Mexico bill. He also advised President George Bush, as one of the architects of the Thousand Points of Light program for volunteerism and community stewardship. He has won more than 150 awards for client work and community stewardship. He has been inducted into two professional halls of fame.

NOMINATION FOR PULITZER PRIZE (one of the highest honors in America)

Honor Description: Certificate of Recognition proudly presented to Madame Sabine Balve (12. November 2016) in Dubai, the United Arab Emirates for her international work with her global initiative with the name “World Leaders Forum Dubai”.

It is a great honour to receive this award as Global Citizen for Humanity 2016.

The term Global Citizen has been used in education and political philosophy and has enjoyed popular use in social movements such as the “World Citizen” Movement and the Mondialisation Movement.

Madame Sabine Balve as the founder of the World Leaders Forum Dubai, Global Movement joint more then 180.000 international GLOBAL CITIZEN members from 119 countries under this spirit. 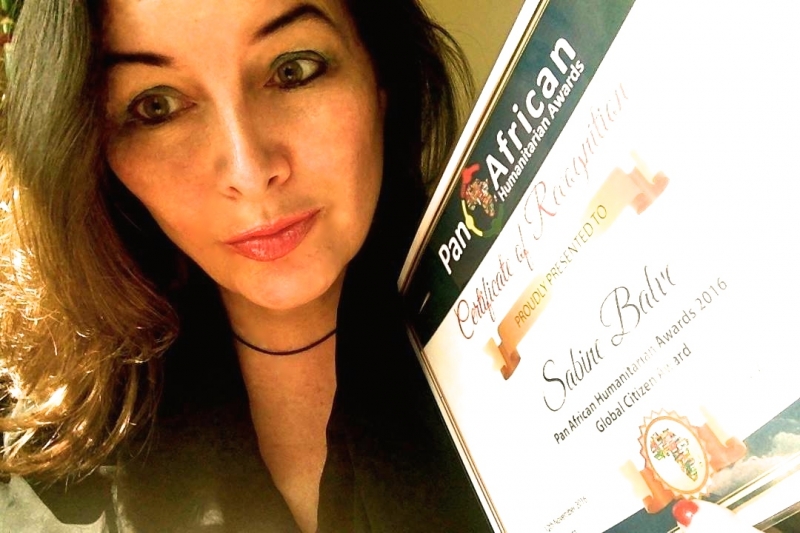 Humankind is essentially ONE. The term GLOBAL CITIZEN typically defines a person who places their identity with a “Global Community” above their identity as a citizen of a particular nation or place. The idea is that one’s identity transcends geography or political borders and that the planetary human community is interdependent and whole.

The 2016 Pan African Humanitarian Awards was held at Anantara the Palms, Dubai in the United Arab Emirates.

“Thanks so much again to the PAN AFRICAN HUMANITARIAN AWARD  and to the host city Dubai, and the AFRICAN UNION and the honourable guests and esteemed colleagues and to all Awardees. You are CHAMPIONS  for HUMANITY and your Nobel work matters!”

The full list of all 2016 Award Winners at the Gala Event:

Mar 2015 honour at the British House of Parliament in London, United Kingdom (UK) – The British Department for International Development

Honour description: Privileged to be honoured as “GLOBAL CHANGEMAKERS – MAKING A CHANGE IN AFRICA 2015” during the Annual African Achievers International Summit & Honors at the UK Houses of Parliament. 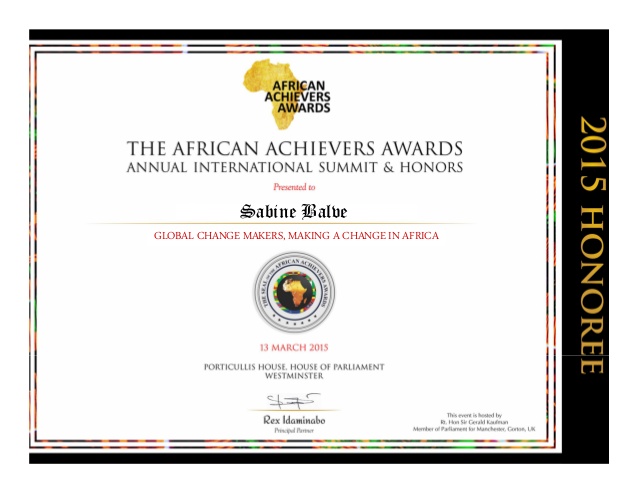 At the House of Lord, The British Department for International Development, London in the United Kingdom (UK). 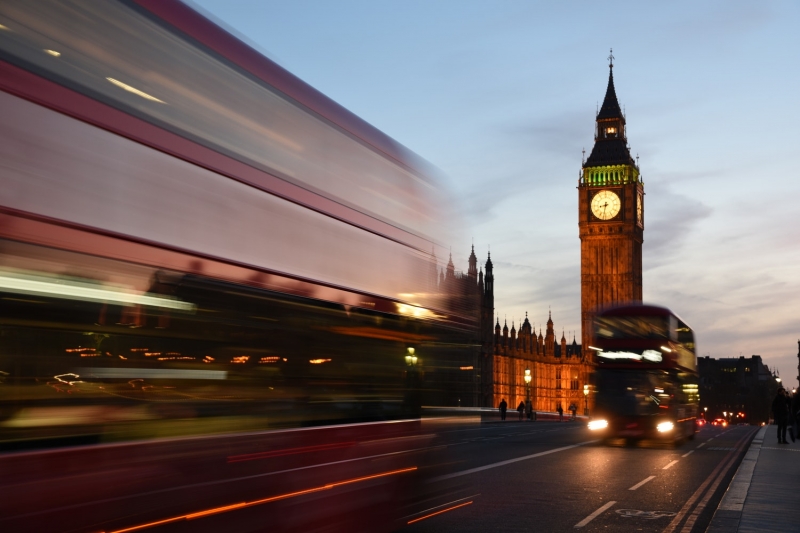 Special Thanks to Rt. Hon Sir Gerald Kaufman, Member of Parliament for Manchester, Gorton, the United Kingdom for Hosting 2015, African Achievers Awards International Summit / Honors at the British House of Parliament, London in the UK. 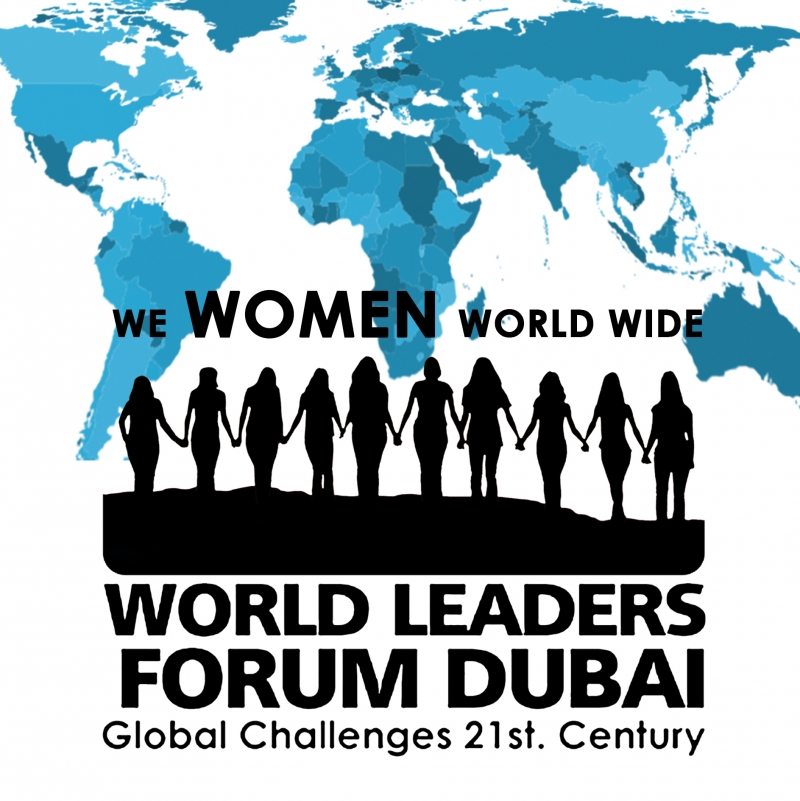 This partnership of the best software, technology, curricula and social business operators around the world. We are building a global network of mentors and educators to encourage a world of job growth, economic empowerment and a growing circle of women who share their skills in business development to provide a more social, economic and politically stable environment in the world.
http://pub.lucidpress.com/CSR_HRmagazine

Madame Sabine Balve, Founder and President of WLF-Dubai agreed with Miss Romero Gail, Founder & CEO of Collective Changes, Advisor to Centre for Gender Economics and Innovation UK & AU, Past Chair of North America China Council, an Advisor to Bill and Melinda Gates Foundation Technology Partners Network, Vice-Chair of the Advisory Council for Seattle University’s Albers School of Business and Economics to work together, appointed as advisory boards to each others boards in order to implement gender economics, education, adult and youth leadership development, integration of gender parity to advance the social, political and economic stability globally. 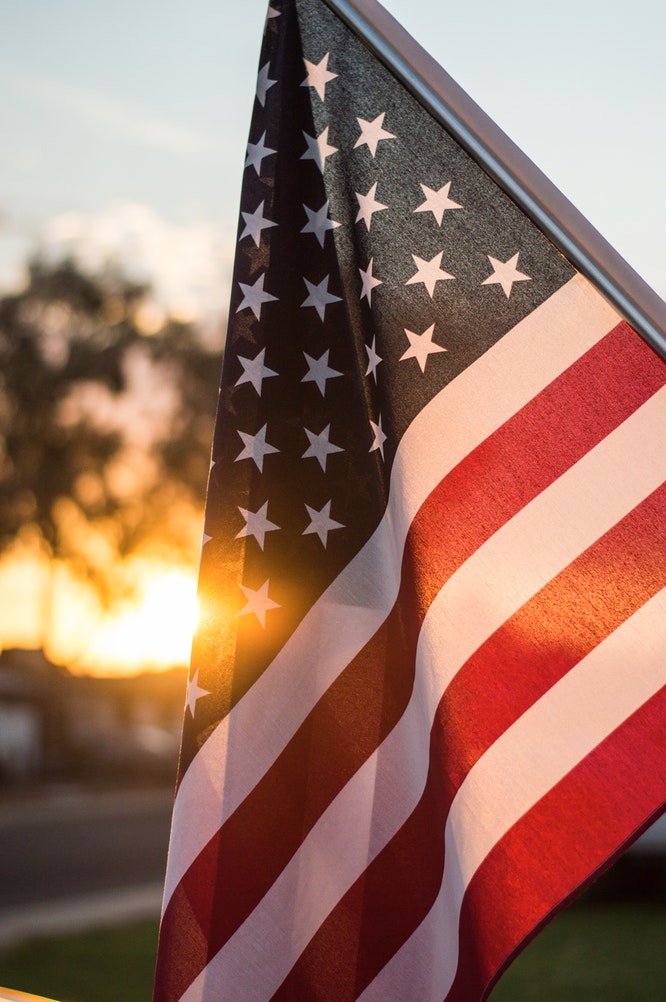 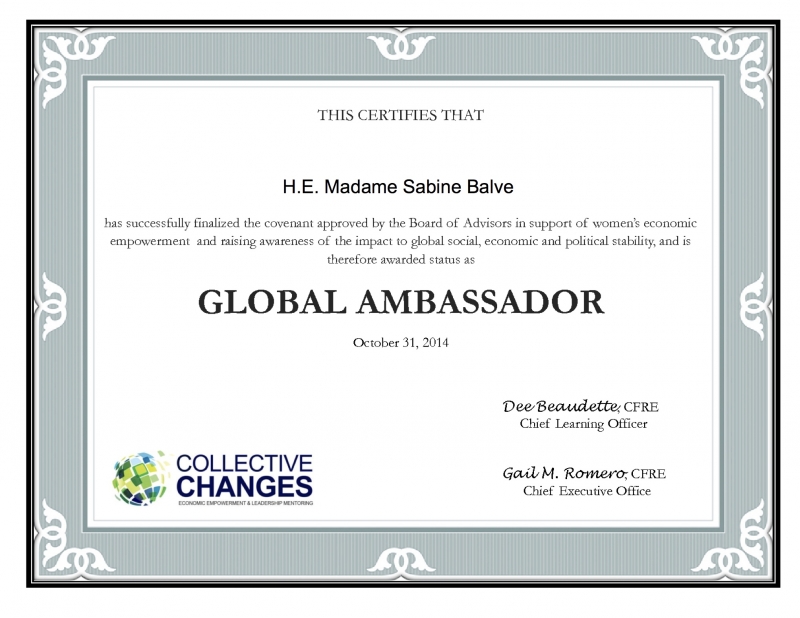 International recognized as a global influencer, ‘digital media architect’, planner of international campaigns and as a former banker and world known product designer specialising in a wide range of commercial and public sector projects.

WORLD LEADERS FORUM DUBAI, Global THINK & Do Tank about Global Challenges of the 21.st Century was founded on 20 January 2012 by H.E. Madame Sabine Balve after she had successfully facilitated the MOU EMERGENCY World Energy Conference (Fukushima) with the Gov. Dubai 2012

Global Campaign for A Sustainable Future for all & World Peace (2012-2014) had peak time views of 10 million per month from 119 countries
180.000 Global Members joint & is promoting the transition to sustainable ways of living for a global society founded on a shared ethical framework that includes respect and care for the community of life, ecological integrity, universal human rights, respect for diversity, economic justice to foster World Peace

Chair of Futurists Board | Member of Ethics – and Sustainability Board

The Lifeboat Foundation is dedicated to encouraging scientific advancements while helping humanity survive existential risks and possible misuse of increasingly powerful technologies, including genetic engineering, nanotechnology, and robotics/AI, as we move towards the Singularity.

The Lifeboat Foundation is recognized as one of the most extensive and credible global think tank, an international networks of around 5.500 top brains in the world. The Lifeboat Foundation Advisory Board(s) include hundreds of esteemed scientists, futurists, educators, activists, and deep-thinkers devoted towards a secure quality of life for all.

H.E. Madame Sabine Balve was first officially appointed as Advisory Board at the Futurist Board (May, 05.2014, 05.08 AM received, Reg.Nr.808).
On April, 27. 2015, She was appointed as the Chair of the Futurists Board and Member of the Ethics – and Sustainability Board in good company with some genius of our planet such as Prof. Ray Kurzweil (Founder of Singularity University & GOOGLE director, compared to Bill Gates), Nobel Laureates Daniel Kahneman, Prof. Martin Rees, Eric S.Maskin, Richard J. Roberts, and Wole Soyinka and many others outstanding geniuses and scientists on this planet.

Lifeboat Foundation is pursuing a variety of options, including helping to accelerate the development of technologies to defend humanity, including new methods to combat viruses (such as RNA interference and new vaccine methods), effective nanotechnological defensive strategies, and even self-sustaining space colonies in case the other defensive strategies fail. 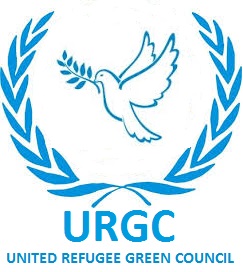 “We live at a critical time in the Middle East, the Middle East is facing the challenges of fundamentalism and the refugee crisis 60 million climate change, hunger, poverty, war refugees is challenging the region, Europe and the World. Xenophobia (South Africa), Islamophobia, Racism, Right Radicals in Europe & America are NEW trends too.

Peace is a MUST, it would create a more sustainable and humanitarian Future for all.
8 days of World Peace would feed 1 billion people 1 year
Families and children, who are currently starving… 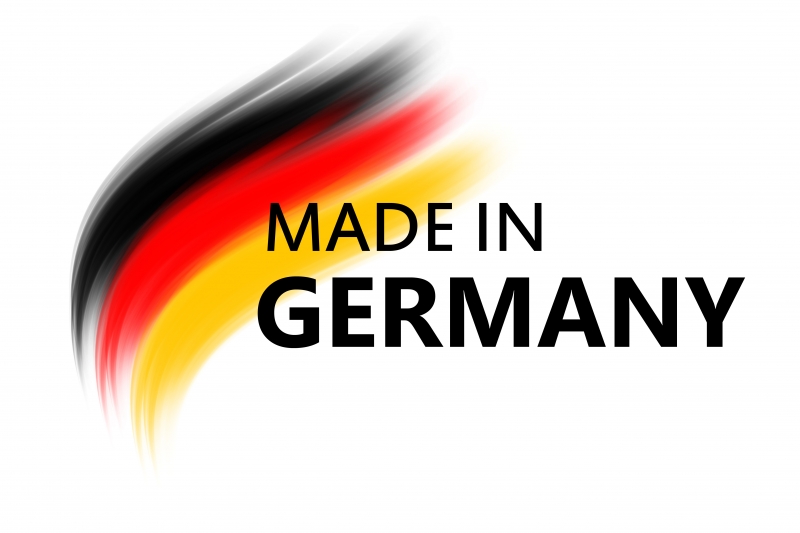 THRU OUR GLOBAL NETWORK, EXPERTISE AND KNOWLEDGE

We Help Your Business Excel

Contact us
We use cookies to ensure that we give you the best experience on our website. If you continue to use this site we will assume that you are happy with it.Ok